You are here: Home / Blog

As another year draws to a close, explore the list of Holiday Wishes for the people that helped make this a great year. These are the people who are often nameless, perhaps those you encounter routinely, yet not necessarily often. Spare a moment from your life and show that you do admire and respect them and greet them with Holiday Wishes.

Thank your child’s bus driver with a homemade card. Give a larger tip to the waiter or waitress in the local restaurant who knows exactly how you like your coffee.

END_OF_DOCUMENT_TOKEN_TO_BE_REPLACED

SouthPack will be shut down November 24th and 25th in Observance of the Thanksgiving Holiday. Please call us if you have production requirements that may be affected by our shutdown.

Retail markets are jammed with competition vying for the attention of buyers. Retail packaging need not only stand out but make the case why they should purchase your product instead of your competition. When the customer looks at your package, you have the intersection of product, brand, and the perception of value in the mind of the customer. You may only have seconds for this moment of truth to occur before they go on to the competitor’s package.

Your brand is more than a logo. Your brand is about the appeal to the senses of the customer. It can include the five senses: visual, audio, smell, touch, and taste. Think about when spectators go to a Nascar Event. They are stimulated by the sounds and smells of the racetrack. There is the aesthetic of what many consider beautiful examples of ingenuity flying around the track at 200 mph. Consider the appeal of your favorite steakhouse; it’s not only the food but the entire experience which goes beyond taste. The way a consumer feels every time they interact with a touchpoint on your package is critical.  (continue reading) 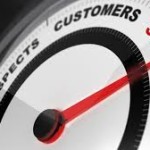 Your package is not just for transporting your product to the retail shelf. It’s the last chance your product has to win over the customer in a sea of competition. Your package is your “silent salesman” that never takes a day off and says precisely what you want it to say.
Packaging is an important part of the selling process. We have over 30 years of experience making people say wow when they see your package. We offer free Product Packaging Review for new or existing packaging. Our packaging engineers can get cost savings, better performance or higher product sales through enhancements in packaging design. We zoom past theory and get packaging designs that can make an immediate impact on your bottom line.

END_OF_DOCUMENT_TOKEN_TO_BE_REPLACED

This doesn’t mean the death to brick and mortar but a customer that demands a shopping experience with all options available. Buyers of the future will want to shop online and at retail stores for the same brands. Packaging for E-Commerce has different requirements than what works for a traditional retail environment. Here are 5 packaging tips to boost E-Commerce sales and give your brand a boost.  Click to Continue Reading

Question:What is a clamshell package?

Answer: Clamshell packaging has hinges that allow them to open like a clamshell. A clamshell package usually includes a hanger tab so it can be displayed on a store peg. Some clamshells have multiple hinges which gives them a flat base and allows them to be stood upright on a shelf. Retail products can be displayed for maximum visibility in clamshell packaging. High clarity and visibility allows consumers to see the product in great detail. Clamshells can also be formed to take on any shape and hold virtually any type of product. Clamshell packaging may not be perfect for every product, but its advantages make it a great choice for a variety of products from food and smart-phones to medical supplies and electronics. END_OF_DOCUMENT_TOKEN_TO_BE_REPLACED

The Acme Widget Company is located in Brooklyn, New York. It makes really boring retail widgets that have been declining in sales for the last three years. It’s in a hyper-competitive market with at least three to four competitive products on the same shelf, sitting right next to the Acme Widget. Todd, the owner, has tried everything he can think of to stop sales from declining, but he is like a guy trying to plug holes in a sinking ship. 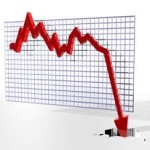 Todd has not sat on his hands while watching his product line go down the tubes. He has responded to sliding sales by lowering the prices of his widgets. He has also improved the widgets so they work better. However, the improved widget increased costs, making his margins smaller on shrinking sales. END_OF_DOCUMENT_TOKEN_TO_BE_REPLACED

I have had countless plastic salesmen visit my office to hit me with price increases. The justification was usually that crude oil prices were going higher and the supplier had to follow.  Crude oil prices have crashed from $100 to $40 while the cost of plastic has not gone down in kind. END_OF_DOCUMENT_TOKEN_TO_BE_REPLACED

I appreciate the many years of wonderful service you have provided to our company. SouthPack has certainly played an important role in our growth.

I appreciate the many years of wonderful service you have provided to our company. SouthPack has certainly played an important role in our growth.
https://southpack.com/testimonials/service/
It is impressive to see that the feedback and support from you is top-notch, world-class customer service. You go out of your way to get the job done right -- every time. Your dedication and support is appreciated.

It is impressive to see that the feedback and support from you is top-notch, world-class customer service. You go out of your way to get the job done right -- every time. Your dedication and support is appreciated.
https://southpack.com/testimonials/top-notch/